The conference commenced with welcoming remarks by Andrij Horbachevsky, UACUA Chairman.  A Zoom meeting followed between Association members and Ivan Vyshnevskiy, Deputy Chief of Party USAID / Credit for Agriculture Producers Project in Ukraine.  The current status of credit union reform legislation in Ukraine was discussed, and how UACUA could provide its professional support and assistance in such legislation.

The program concluded with a panel discussion on community engagement in the Ukrainian-American diaspora.  The following organizations participated:

On Saturday, September 11th the Association conducted its 40th annual meeting, which included reports by management and various committees.  The election of board officers and committee members for the 2021-2022 term was also held.

UACUA Chairman Andrij Horbachevsky reported on his activities for the past year, and Orysia Burdiak, President, reported on the work of the Association office. 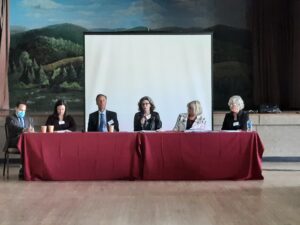 The following individuals were elected to the 2021-22 UACUA Board of Directors and various committees:

Orysia Burdiak was elected President of the Association.