A feeling of belonging to one cooperative family pervaded the ХХVI Annual General Meeting (AGM) of the Ukrainian National Credit Union Association (UNCUA), which took place June 7-9, 2007 in Cleveland, Ohio.

Representatives of the seventeen Ukrainian American credit unions in the US gathered to discuss their achievements and to plan for the future growth of their credit unions and the cooperative movement as a whole.

Thursday, June 7th, was devoted to a Managers’ meeting and round table discussion moderated by Steve Goldberg of CUNA Mutual Insurance Society, the cooperative agency providing service to credit unions in the US. The UNCUA Technology Committee also met on Thursday. 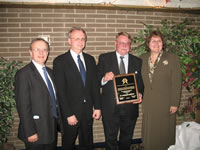 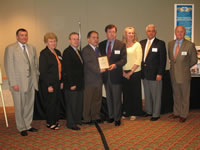 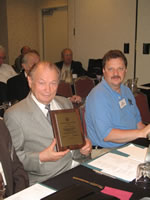 The following day was devoted to general sessions, which began with a welcoming address from Bohdan Czepak, President of Cleveland Selfreliance Federal Credit Union, which hosted the AGM. Chairman of the UNCUA Board of Directors Bohdan.

The Annual Meeting and Election of Officers of UNCUA was held Saturday. Both Ronald Koza of Members United Corporate FCU and Michael R. Kos of Selfreliance Ukrainian American FCU took advantage of this opportunity to present UNCUA checks in the amount of $5,000 for further support of UNASCU, the credit union association in Ukraine. Watral greeted the assembled delegates and congratulated President Czepak on the 50th Anniversary of their credit union.Delegates were addressed by Pete Crear, CEO of the World Council of Credit Unions; Bohdan Kekish, President of the World Council of Ukrainian Cooperatives; Askold Lozynskyj, President of the Ukrainian World Congress and Nancy Sterner, CUNA Mutual Group’s Regional Sales Executive for Illinois. President Lozynskyj presented awards to a number of credit unions for their support of the Ukrainian community.